Occupying 20.8% of the atmosphere, oxygen is the second-largest component in the world. It supports life and is the reason why other planets that lack this gas remain to be inhabitable. At the same time, oxygen also interacts with nearly all organic compounds to form an oxide. It is non-flammable but when a material is burnt in the air and presence of oxygen, it will burn more vigorously. Equipment and vessels that use oxygen must adhere to stringent safety measures to avoid its reaction with other compounds.

Oxygen is primarily used as a gas but mostly stored in liquid form. The reason behind this is because it’s less bulky and liquid oxygen tanks are more affordable than high-pressure gaseous storages. Below, we are going to take an in-depth look at what does liquid oxygen look like, how it works, some of its uses, and other essential information about it.

An Overview of Liquid Oxygen and It’s Properties 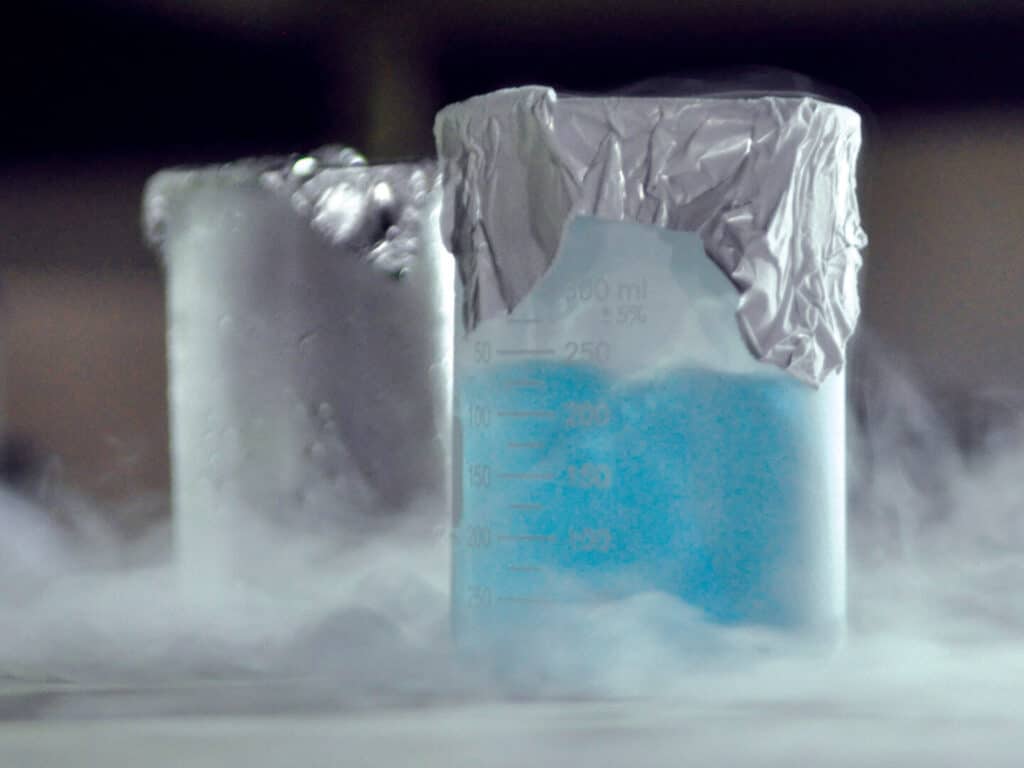 Abbreviated as LOX or Lox and is widely used in the gas and aerospace industries. Liquid oxygen is the liquid form of diatomic oxygen and its uses date back to 1926 when it oxidized the 1st liquid-fuelled rocket that was invented by Robert Goddard.

Unlike concentrated oxygen that is stored in gas form, liquid oxygen is compressed into liquid form. Irrespective of whether you want to use oxygen for personal or industrial use, you will have to choose in between the two. And as explained above, liquid oxygen tanks are much smaller and cheaper.

Liquid oxygen is categorized as a cryogenic liquid which refers to liquefied gases that have a boiling point of at least -150 °C. Lox, in particular, has a boiling point of -183 °C and its tank needs to be insulated irrespective of the outside temperatures.

You can distinguish liquid oxygen by its pale blue colour. Of course, when it’s in gas form, it is colourless in air. So, why does liquid oxygen have a pale blue colour? According to this study by EA Ogryzlo (1965) on Why Liquid Oxygen is Blue, explains that oxygen molecules absorb light in the spectrum of the most predominant spectrum, which is blue in this case.

Because it is a very powerful oxidizing agent, when you soak certain materials in liquid oxygen, they are likely to burn rapidly than usual. Examples include coal and carbon. You can just carry around liquid oxygen in your favourite mug or water bottle. This is why we are going to circle back to liquid oxygen storage.

How to Store Liquid Oxygen?

An ideal storage system for liquid oxygen needs to feature a cryogenic tank, a pressure control system, a vaporizer, and piping to get the Lox in and out of the tank. The cryogenic tank is mostly built like a thermos because there is an inner and outer vessel. The vacuum in between these two vessels acts as insulation of the inner tank. And this will prevent Lox from heating up.

The vaporizers come in very handy when it’s time to convert the oxygen from liquid to gas. There must be a pressure control system that will allow the user to regulate the amount of gas to be released.

The Pros and Cons of Liquid Oxygen

Liquid oxygen can be advantageous or disadvantageous to you depending on the purpose you intend to use it for. Here are the pros and cons of oxygen when it is in liquid form.

When it comes to the personal use of oxygen, it is better that you have it stored in liquid form. These portable tanks can be kept at home and refilled whenever they run out.

What are the Uses of Liquid Oxygen? 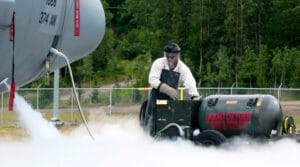 For a while, liquid oxygen has been used commercially to propel rockets. However, with time and thanks to medical advancements, liquid oxygen can be used for medical purposes. In this article, we are going to look at the three main uses of L0x.

1. As a Rocket Propellant

This was amongst the first uses of liquid oxygen. When combined with methane, liquid hydrogen, and kerosene, it becomes a suitable liquid oxidizer propellant for rockets. Other than being used in the first liquid-fuelled rocket, liquid oxygen was later used to launch missiles in World War II, during the cold war, and in space shuttles.

In the past few years, liquid oxygen has been used to propel the SpaceX program, JAXA in Japan, and the Chinese space program.

2. Supplemental Oxygen to those with Breathing Difficulties

If you or a loved one happens to be living with pulmonary fibrosis or chronic obstructive pulmonary disease, then your doctor may prescribe supplemental oxygen. L0x has been known to improve breathlessness. Thanks to its convenience, you can run this idea by your doctor and get their expert advice on the benefits of liquid oxygen over its concentrated counterpart.

3. In the Metal Industry

Because of its ability to oxidize materials and burn them vigorously in its presence, liquid oxygen plays an integral role in the metal industry. When used alongside acetylene, liquid oxygen aids in metal cutting, sharpening, cleaning and hardening. Iron and steel particularly opt to use L0x for oxidation reactions with the aim of removing carbon from other metals. Copper and glass industries also use liquid oxygen extensively in manufacturing a wide range of products.

As we wrap up our article on liquid oxygen, we must address its safety concerns. Even though oxygen itself is not a toxic gas, when exposed to it in cold temperatures, it can cause severe burns. This is why it has to be handled with a lot of care. Regarding the personal use of L0x, you should first consult with your doctor. Also, only store liquid oxygen in the recommended cryogenic containers.