Home » Uncategorized » What does an HDMI cable look like? 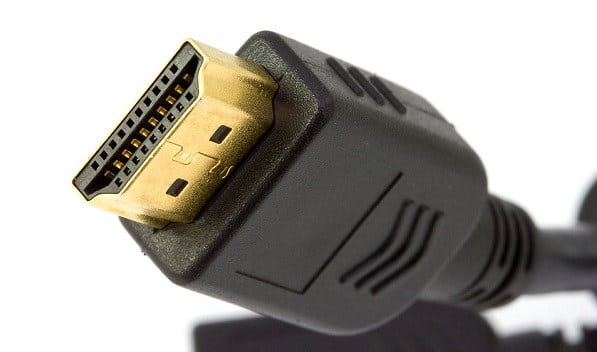 HDMI, or High-Definition Multimedia Interface, is a common interface for transmitting uncompressed digital video and audio streams. The HDMI system provides high data quality for both video and audio in a single cable.

HDMI cables feature connectors with 19 pins on both ends of the cable. These pins allow for both High Definition video and audio to be transmitted at high speeds.

Where are HDMI Cables Used?

Like many other computer cables, manufacturers produce HDMI cables with stringent standards. Newer cables have more bandwidth than their predecessors and are backward compatible. They can work with older HDMI-capable devices. The newest widely-available HDMI cables meet the 1.3b standard, and it’s best to purchase HDMI 1.3b cables if possible.

Sustainability is important and used HDMI cables work as well as new cables. Check to make sure the cable has not been damaged (especially the connectors) before using it.

HDMI stands for High Definition Media Interface. Before these cables came to market around 2013, TVs used ‘Standard Definition’ media playing technology. The output of standards before HDMI was feeble with an almost square aspect ratio of 4:3 and a resolution of 704 x 480 pixels.

The older analog media system used varying levels of electrical current as inputs. This analog system also used a picture interlacing feature where every moving image frame contained half of its full picture.

The new media ecosystem has entered the digital age, and HDTVs are common. Technically, this digital media rendering system uses information packets in binary forms(1s and 0s). These binary values snake through the HDMI cables as electrical pulses and are media inputs at the signal receiving ends.

Current HDTV resolution is significantly better than older methods. Pictures have a rectangular (16:9) aspect ratio with high definition resolutions of up to 1920 x 1080 pixels. In addition to this, HDMI signals are progressive. This means that while traveling through the HDMI cable, each image frame is a whole picture.

Moreover, HDMI cable has two categories based on the speed of the signal being processed. Category 1 has a 74.25 MHz speed, and Category 2 delivers 340 MHz. Most HDMI smart consumer electronics use Category 2 cables.

Data & Security in the HDMI Age

HDMI technology protects data during the transfer of information. HDMI Technology uses an authentication protocol or high-bandwidth digital copy protection. This type of data transfer process is known as a ‘Handshake.’

When HDMI cables are used, the data source point or a sender device (like a blu-ray cd player) checks for the receiver device’s authentication key (like a home theater or an HDTV ). If there is a match, then the sending device generates a unique encryption key and shares it with the receiving device.

Basically, this is a secret key that is shared. Thus, it’s called an end-to-end data security standard and the entire process is completed in the flash of an eye.

HDMI technology uses a unique process for moving information in binary or digital signals – TMDS or ‘’ Transition Minimized Differential Signalling.” This is a digital signal encoding technique that prevents signal corrosion during travel through the HDMI cables.

HDMI cables have provided a big leap in speed and security, but technology continues to improve at a rapid pace. It would be best if you were using the technology wherever possible, but before making a purchase, check to make sure you are using the most current technology.

As an Amazon Associate, I earn from qualifying purchases.